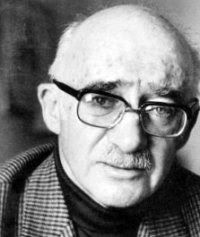 The great Yiddish poet Avraham Sutzkever 1913-2010. It's worth knowing who he was. Here is the NY Times obit. The following message came from my friend, the esteemed poet, scholar and translator (of Sutzkever among others) Seymour Mayne, the Times obit has one of Seymour's translations:

"Earlier this morning I learned belatedly that our last great Yiddish poet had passed away Wednesday and his funeral was held a few hours ago in Tel Aviv. I had the privilege to spend much time with him, especially in 1979 and 1980 when I was translating a collection of his Holocaust poetry, Burnt Pearls, while we were living in Jerusalem. His death marks not only the passing of an era but also the end of a great literary language, Yiddish, which will not live again as it did in its fertile heyday in the first half of the twentieth-century."

I had the honour of meeting Sutzkever a few times at the Jewish Public Library back in 1989-90. I was too young and uninformed to understand what all the fuss was about when he arrived from Israel, but there I was playing 'host' to the greatest living Yiddish poet. I also spent time with one of his translators the US poet Ruth Whitman when we invited her to Montreal to read from her translations and to celebrate the publication of Sutzkever's classic "The Fiddle Rose" which also has illustrations by the poet's dear friend Marc Chagall.
Posted by B. Glen Rotchin at 3:40 PM No comments:

Some touching, heartfelt tributes and reminiscences

One of the good guys is gone much too soon

Shit. I'll never forget how he helped a perfect stranger.
Posted by B. Glen Rotchin at 8:11 AM No comments:

What more is there to add?
Posted by B. Glen Rotchin at 6:23 PM No comments:

It's apparently the topic du jour.
Posted by B. Glen Rotchin at 1:46 PM No comments:

As someone who generally doesn't read memoirs I never understood all the hoopla. There is no doubt that memoir has been the ascending form in the last decade, to the detriment of fiction on many accounts, including siphoning readership. I've been trying to get my mind around it. Is it somehow endemic of the cultural 'dumbing-down' of the general population? The eclipse of book-literacy by an image-based culture that is obsessed with gossip (so called info-tainment)? I think it's more than that. Perhaps the main question is, why have we lost our taste for fiction? To the point of becoming downright distrustful of it? It's not only in the world of books, but also in other media like TV. Reality television has displaced the sitcom for instance. In this weekend's Gazette my friend the writer Joel Yanofsky makes a similar point. He puts it this way: "What reality shows did for television over the last decade, the memoir seems to be doing for literature..." What Joel means is to make it accessible, democratizing it. The memoir does seem to be supplanting the novel. Writers with literary aspirations (even some with established careers) are gaining notoriety by writing memoirs. Perhaps, because they realize that in today's marketplace writing a memoir (even if it's fictional eg. James Frey) is the only surefire way to sell units. In his piece Yanofsky stops from going the analytical distance, asking the probing questions about what it means and I think the novelists should take some of the blame too. Writers have been cannabilizing their craft for a long time, de-mystifying and undermining it. The novel has been de-constructed to death in academia. Literary novelists have been undermining what they do by writing navel-gazing, meta-fictions, novels that are more interested in the nature and craft of novel-writing than telling a good story. What can be more boring (and less relevant) to readers than stories that are meant to explore the line between fact and fiction. In other words, what's happened over the last four or five decades is the delegitimization of the craft. Novelists have been suspicious and mistrustful of their own craft, so why shouldn't readers be doubtful. Perhaps the attraction of the public to memoirs has demonstrated simply that they want stories to believe in. And if novelists don't believe in their stories why should anyone else? Fiction has always been comprised of healthy doses of memoir. What the novel possesses that the memoir, because of its fidelity to hard fact does not, is the distillation of meaning and truth that only a work of the imagination can provide.
Posted by B. Glen Rotchin at 8:08 AM No comments: 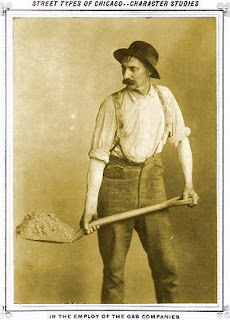 THE ITALIAN
We never heard thunder,
but once the snow came with lightning
which, in my childhood imagination, was
the impact of skyborn catastrophe,
like bombers over Dresden, their payloads exploding in distant flashes and disintegrating
in floating down flakes; the hours
seemed to circle us and accumulate
as grinding centuries smoothing
the angles of houses and cars under mounds
of ancient white dust. My brothers and I, consumed with a sense of entitlement, rushed outside, greedy to dig and build
and fill the space where we saw only
a disturbing nothingness. Inside, mother thumbed
the latest Sears catalogue for a new winter coat
while father tapped fingers and cursed
the Italian for showing up late with his plow.
Morganti was his name, and his hardy men
- sons, brothers, cousins - shovels shouldered like partisan rifles, fanned out to clear paths
to our door, the doors of our neighbours,
lips dangling cigarettes, chests heaving,
parkas half-zipped, red maple leaf tuques
comically askew on their heads. I thought
of a traveling troupe of jugglers come to entertain, or puffed-up Pagliaccis with opera props. But they were a dignified crew and all business,
no smiles, no acknowledgment of the over-fed snowman we rolled in our front yard,
the snow fort we excavated, battlements
to duck behind with snowball arsenal.
Getting back into their Ford, the job done,
I saw the oldest Morganti turn to his family
and smirk at what passed in Canada for history.
Posted by B. Glen Rotchin at 5:52 AM 2 comments:

The Tower of Babel, or rather Dubai

2010 began with the official opening of the world's tallest building (I can hear them weeping in Toronto). It got me pondering about the maximum theoretical height of a building. Would you believe a mile high? And that may not even be the max. A Frank Lloyd Wright design. The one thing he definitely got wrong; it's home is more likely to be Dubai or Abu Dhabi than Chicago.
Posted by B. Glen Rotchin at 1:06 PM No comments: