Strange Bedfellows at the JPL 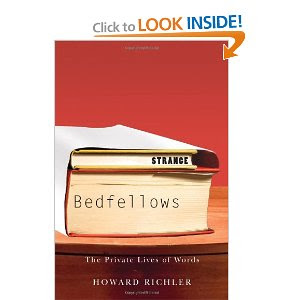 Did you know that the word "avocado" came from an Aztec word that means 'testicle', just like the word "testify"? Or that the word "porcelain" refers to a 'pig's vagina'? Join me as I introduce Howard Richler and learn about these and other words that originate from unmentionables. Howard is a well-known Montreal logophile, columnist and author who apparently has a fetish with language. Should be a, if not racy, then at least very interesting evening. More here.
Posted by B. Glen Rotchin at 11:35 AM No comments:

Someone once said that a great city is twice built, once in bricks and mortar, and a second time in the imagination. Montreal has been built and re-built over and over again. The good folks at Rover recently staged the second edition of Imagine Montreal at the Blue Metropolis Literary Festival in which parts of The Rent Collector are read along with excerpts from 24 other works by local professional actors. In this video of the event the image of Mount-Royal's cross accompanies an excerpt from TRC.

Imagine Montreal from The Rover on Vimeo.