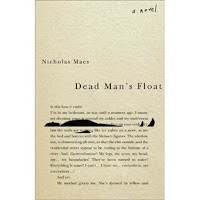 I draw your attention to a few new links I've added that I think are worth your time. They are John Degen's blogspot - author of the novel The Uninvited Guest which I quite liked (see my review below), and a guy who seems to be working hard on behalf of beleaguered, poverty-stricken writers in Canada.
Also, David Drummond's blog. He's the award-winning book cover designer who created the covers for The Rent Collector and Nick Maes' novel Dead Man's Float, both international prize-winners. Check out David's visually-clever style on his blog. I know you'll agree that he's on 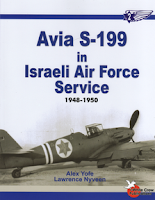 e of the best in the business today.
Also added is 101 Squadron, blog of freelance editor, writer, journalism teacher and researcher Lawrence Nyveen. I actually know Lawrence through his wife Elvi - yeesh that sounds bad - when I coached their eldest daughter in soccer a few years back and who subsequently went on to an illustrious soccer coaching career herself. Lawrence and I share share a high-school alma mater, Bialik, though I think he's a couple of years younger than me. He writes with a wry sense of humour. Coaching apparently runs in the Nyveen family. On his blog you can follow the exploits of the kids hockey team Lawrence coaches (there's a future book in there too.). By the way, 101 Squadron refers to a famous Israeli airforce squadron and Lawrence is an afficionado who co-wrote what looks like a fascinating book about it.
Posted by B. Glen Rotchin at 10:14 AM